You might have seen pages on the Little Redstone website where we refer to our ability to create renders, and you may have also seen the term on other social media. When a new condo is announced, they’ll show images of the new building labeled as “renderings”. But what does it mean if an image is a “render”?

Tthe dictionary defines “to render” in multiple ways, but the use we’re referring to here is “to represent or depict artistically.”. One could say that the eyes in a painted portrait were rendered beautifully, for instance. More broadly, one could argue the term means to create a final visualization from an idea – or in more recent times, from mathematical computer data. The term has come to be associated with 3D computer generated images where the rendering process is done not by a human artist, but by the computer software’s technology.  Rendering technology has advanced by leaps and bounds since the first developments in computer graphics in the 1970s. A 3D model is just data – turning it into an image requires it to be rendered in some way. 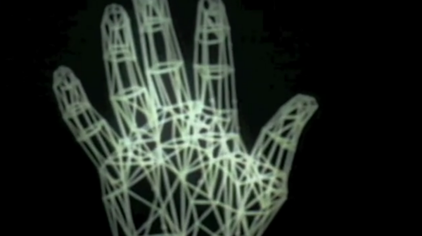 One of the first ever computer renderings, created almost 50 years ago!

To turn that data into something that’s easier to interpret, rendering allows us to simulate materials, textures and light in a realistic way. Of course, simulating all of these factors is very intensive on the computer’s hardware, and so computer rendering software and hardware have always been pushing each other’s limitations. Modern computers with dedicated graphics cards have more rendering power than an entire lab’s worth of computers did back in the 70s! They’re even capable of photo realistic, interactive, real-time rendering, which is the most difficult and resource consuming – as commonly seen in computer games! That such amazing technology is now commonplace is just amazing, don’t you think?

Naturally computer rendering has become invaluable in architectural design and construction. It allows designers and builders to show their clients simulations of the final product they expect to deliver, even if that final product is months or even years away from completion, especially in the case in large projects such as skyscrapers or institutional buildings. Little Redstone makes use of this technology not only to help our clients understand the final look and feel of the project and give their feedback or approval on the design, but is also a useful tool for our design team. Modern architectural design software is capable of real-time rendering, showing you the full 3D scene at all times as you move the room around, allowing a designer to push and pull walls, place and move furniture and built-in millwork – it’s just like sculpting! And of course, this comes with all the advantages in accuracy that come with computer aided design.

If this author’s passion for the subject hasn’t come across to you yet, take a look at this demonstration:

Exhibit A: A traditional floor-plan drawing, like you’d find on any city permit or architecture textbook. Still the standard for many architectural uses, and for good reason – it simply and clearly explains the space. But what if the client wanted to see what that wall behind the chair looks like from the front?

Exhibit B: A design elevation illustrating the wall mentioned in Exhibit A. Now we can get a much better idea of what that wall will look like – we have textures and measurements! These type of drawings are very important in the construction process, as they tell our tradespeople what the precise measurements and placement of the finishes the walls of every room. Yet still, what if the client was still having a hard time visualizing the whole room, getting a feel for how the wall affects the space?

Exhibit C: Well, that’s quite a change! Now our wall, as well as the rest of the room, is being rendered in 3D! This is the default appearance that our designers see when working in the software, before we’ve added textures and colors to help make the space look more alive and more true to how it will appear when built. So what would it look like if our client asks us to go a little further…?

I hope this brief look into the technology behind the home design process has been as interesting for you as it is to us! Using technology like this allows Little Redstone to give our clients the best possible level of visualization, so we can be sure they’re happy with their home when it’s ready for them to walk in – and really, creating that happiness is the reason we do what we do.

Thank you for reading, see you next week!